A Review of The Loneliest Band in France: A Novella 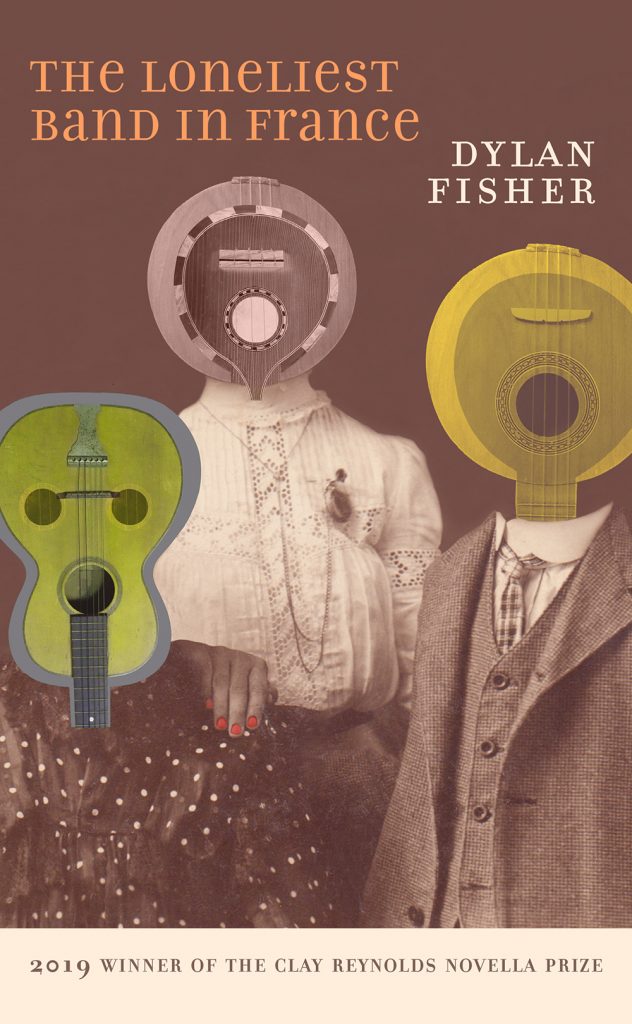 The Loneliest Band in France: A Novella by Dylan Fisher, published by Texas Review Press is presented in halves. In the first, the reader follows Sri Lankan Migara de Silva through the streets of Montpelier, where he is studying at the local university. A stream of occurrences flow into one another, buoyed by a stream of consciousness narration.  In the second half, Migara’s father, whose plans and intentions are at the forefront of the first half, shoulders some of the narrative burdens and transports the reader with a series of illuminating flashbacks into the main character’s childhood. It’s a challenge to summarize this work without divulging key points that are best discovered as the author intended.

It’s revealed early in the text that the title, The Loneliest Band in France is in fact the name of a band Migara—or Paul as he is known to the band members—befriends in the first portion of the novella. Indeed the band is a vital piece of Migara’s tale, but it’s the loneliest qualifier which introduces the reader to one of the prevalent themes coursing through Fisher’s captivating debut.

“…but I did have a title, am human and thus named, have a name, had one at the time, Migara, Migara, Migara de Silva, but instead I gave them a false one, one that was not mine, Paul, a name that allowed me to hide, to blend in despite my darker skin, despite my terrible French, in this country that was so nostalgic and numb…” (6)

The juxtaposition of loneliness in an immigrant versus a native, and later in the work, a child versus a parent creates relief topography of the universally relatable emotion.

Fisher draws a first-person literary narrative, shaded by magical realism and etched with a voice reminiscent of mid-century classics such as Graham Greene’s The Quiet American. The work seems to be the spiritual descendant, particularly as it relates to pacing and experimental nature, of the writings of Mario Vargas Llosa and Jorge Luis Borges. A single sentence makes up 38 pages of the 61-page novella. The author builds dense momentum within comas and ellipses adopting—among other stylistic tools—anaphora, and anadiplosis. Illustrated to great effect within the following quote in reference to Migara’s father.

“…yes, he would want that, would want anything, he would want me anywhere, anywhere but here, for here (in the practice space of The Loneliest Band in France AKA Sirens!) was uncertainty, here was trouble, here was where he might lose his only son, here lay the potential for harm, for death, here neither he nor I could predict the future, spawning outward, minutes or years ahead, although it was already becoming clear…” (4)

This format is unforgiving of a reader with waning or wondering attention. A sharp focus must be maintained for each phrase, each word, each punctuation carries meaning and purpose. The reader risks losing crucial fabric scraps of information, which when sewn together form an examination of rebellion, expectations, existential angst, paranoia, and racism.

Fisher bolsters these interrogations of the human condition with inventive descriptions and analogies. He twists words into fully realized images, transmitting the mesmerizing details from the page into the mind with a fast flourish.

“…if only to gander at the water, the sun bouncing off of it as if the grand attraction in a house of mirrors, reckless and distorted and never the same from one look to the next…” (44)

These contortions of language become a welcome respite. They give the reader a place to rest and refresh, like a ship docking at the port before departing on another journey through rough and exciting seas.  The seas of course being the rapid-fire plot turns, shifts in thematic scope, and sudden deep dives into weighty topics.

The author is adept at devising and excavating the confluence of past and future and then returning to the present. All done seamlessly, though not effortlessly. The reader is first introduced to this skill when directions to the bathroom from one of the band members, turn into introspection, and a merciless plummet into the depths of suicide. This technique surfaces a second time when Migara describes his father’s eyes and takes the reader on a protracted journey through time, tense, politics, colonialism, bureaucracy, and familial relationships. At the heart of this novella is a father/son relationship, soured by trauma and presumption.

This is an ambitious work of fiction, making the most of its short format, exploring pain inflicted willingly and unwillingly in the quest for happiness, forgiveness, and change.  It is likely to spark much discussion and reflection from readers, not only for its literary merit but also for the portrayal of suicide, along with the ability of a white-presenting author writing from the perspective of a person of color. As one of the marks of excellence in a work of art is the quality of conversation it will generate, the conversations to be generated by The Loneliest Band in France are the worthwhile payoff of reading this novella.

Send Us Your Art!

Call for Volunteer Readers
Back to News