We know it would please us to stop with
The surceases, if they could ever really
Stop, such as the day we took away
The spittoons but left the jungle gym,
Healthy, wealthy et cetera, as if our life
Had the ability to be an excerpt from
A larger life, so be it, or someone we all
Used to know, and never to kowtow to,
Or, for that matter, besmirch, nor
Sitting in the park eating donuts, of all
Things, eatable every bit of the way,
But roadblocks will be roadblocks,
The screen doors slapping our faces
Unapologetically, we’re still unsure whether
We received the last telegram or whether
We sent it, no one knows why we typed
Petty larceny when we could have just as
Well typed grand, when fingers are the body’s
Filaments, and in all the beds narcissi are
Narcissussing, or which would we rather take,
The gravy boat or the gravy train, our bags
Stuffed with all the graven images we can carry,
When we said nothing enough times that it
Turned into something, although we are not
Now nor will ever be force-fed, because
We chose apricots and will always choose
Apricots, light hastening over their smooth
Skin, don’t give me that newsier than thou
Look, the foolish among us have already
By now run into oncoming traffic,
Burdening us with their sad tidings, equilibrium
No longer being the horror we once
Thought it was, when we only used
The obit pages to line the parrot’s cage,
Until the parrot itself finally put a stop to
It, stop it, it said, stop it, stop it, and we did.

*The title is a line from poem 1049, “Myself can read the Telegram,” The Poems of Emily Dickinson, Edited by R. W. Franklin 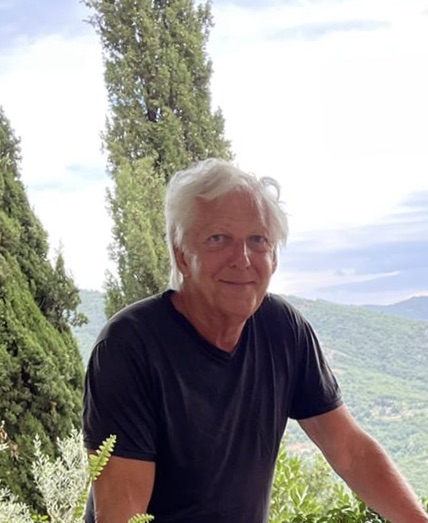