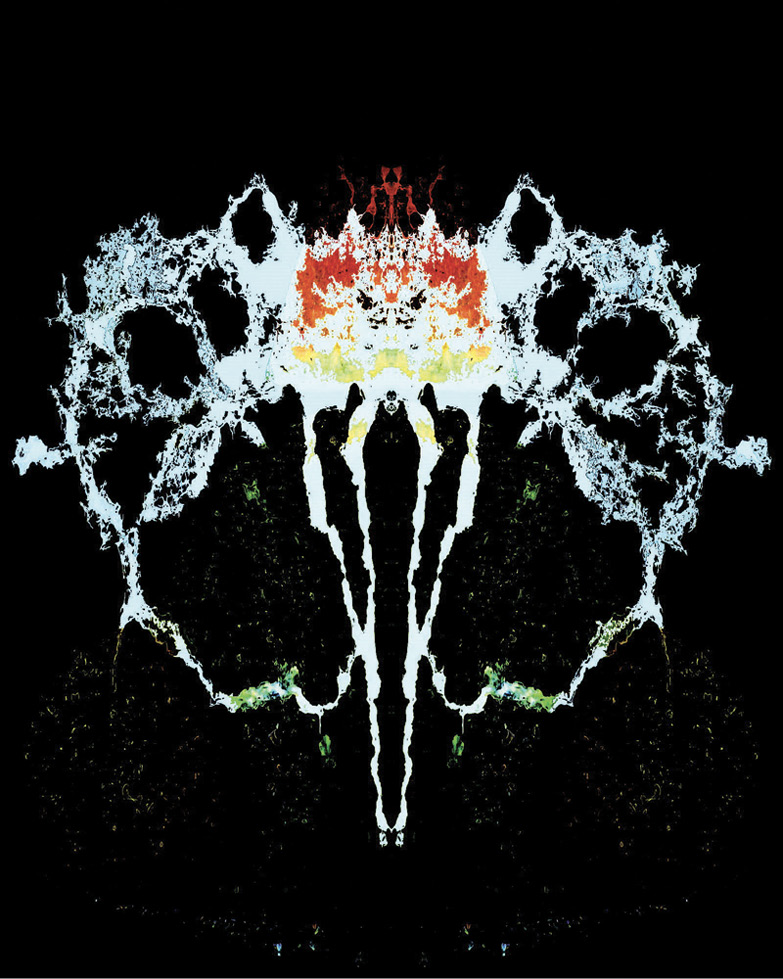 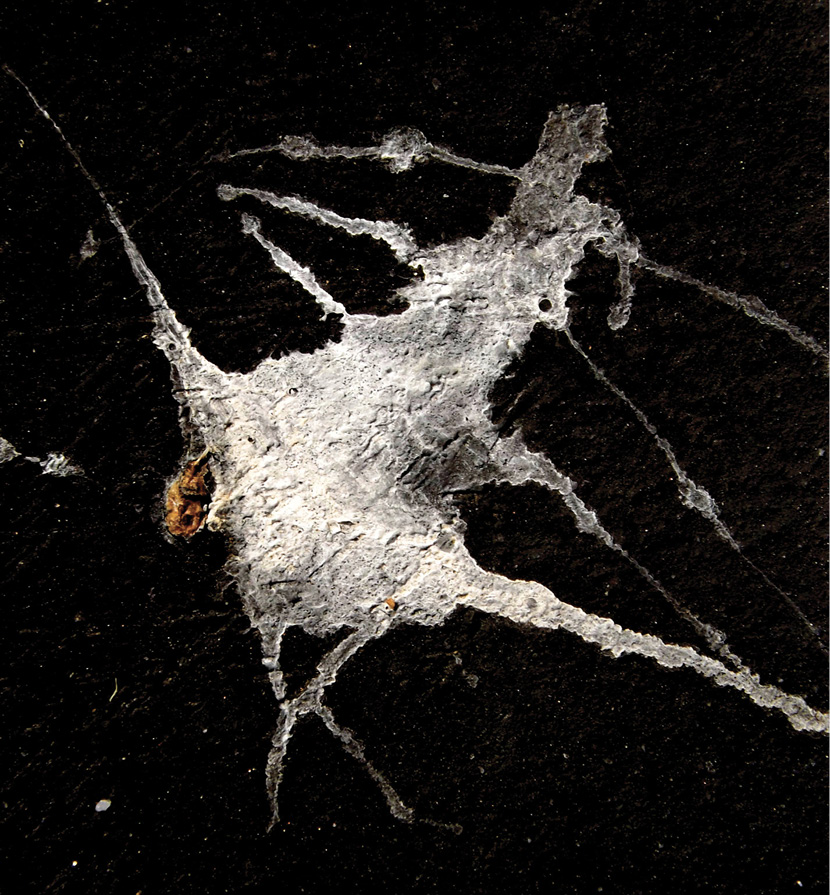 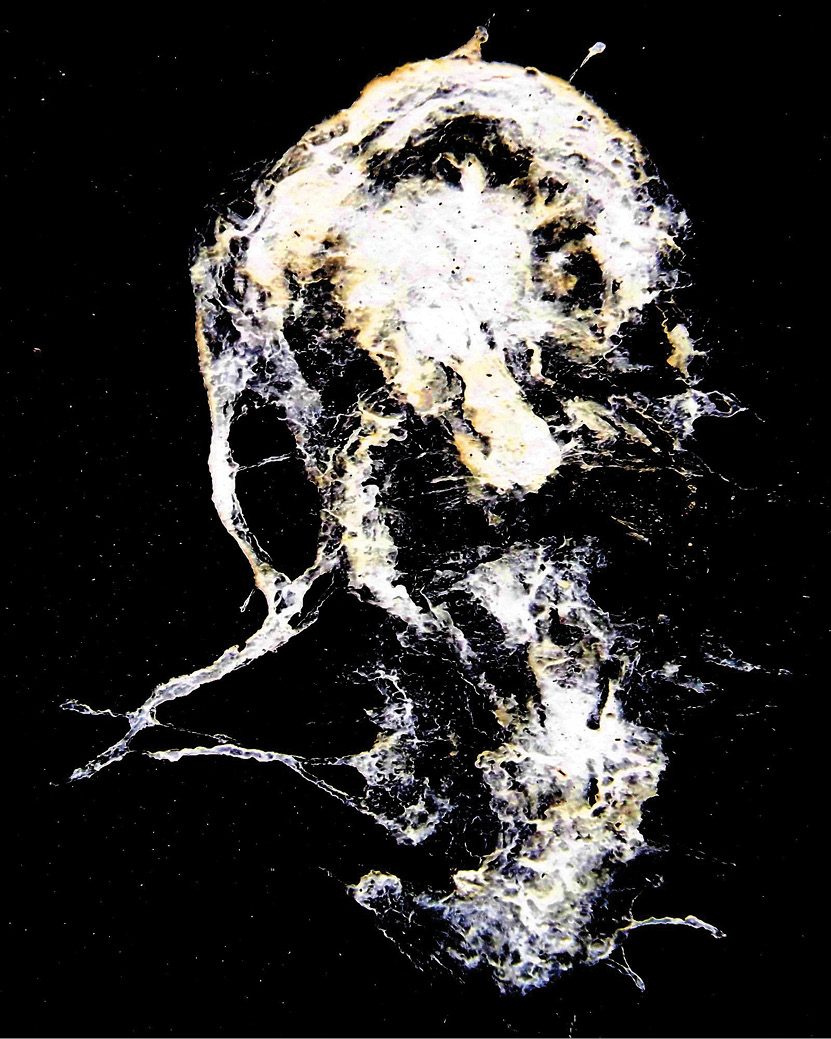 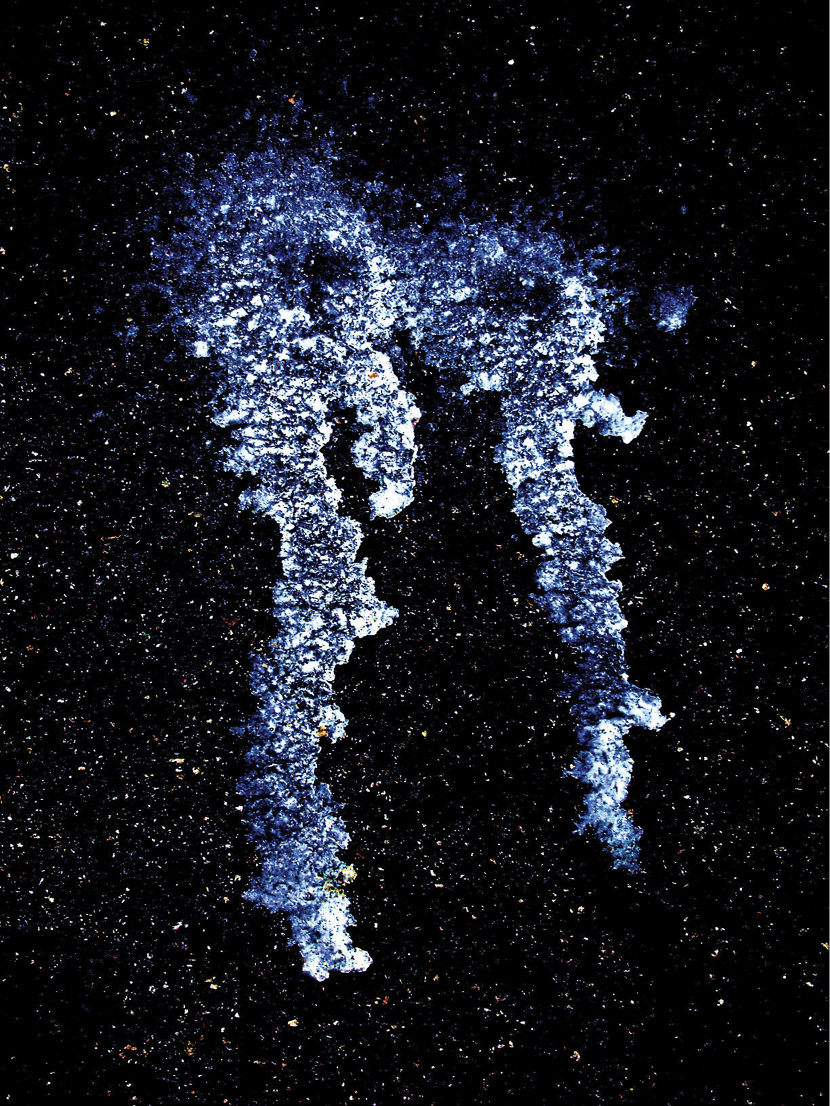 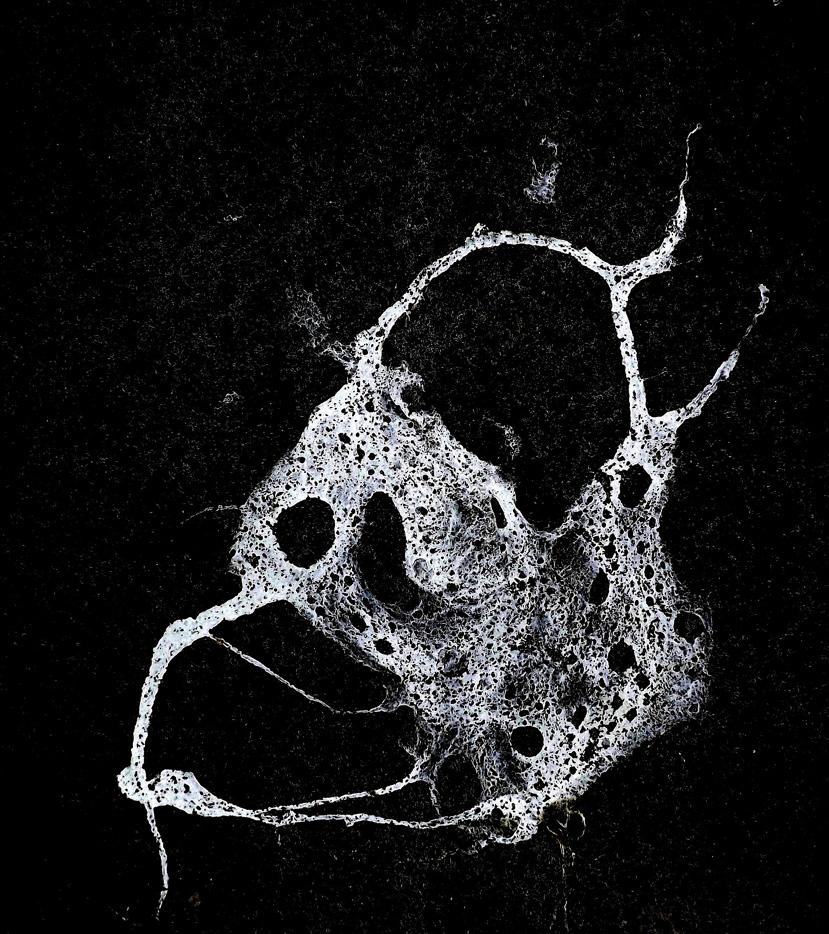 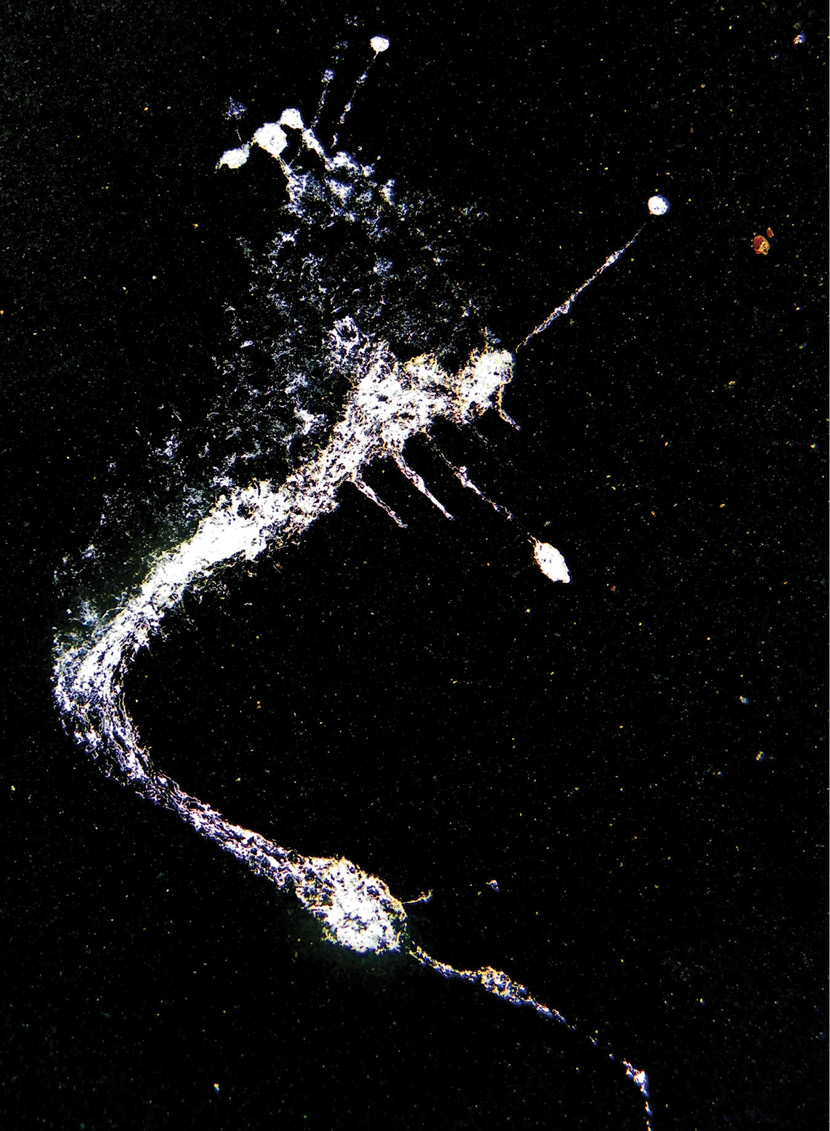 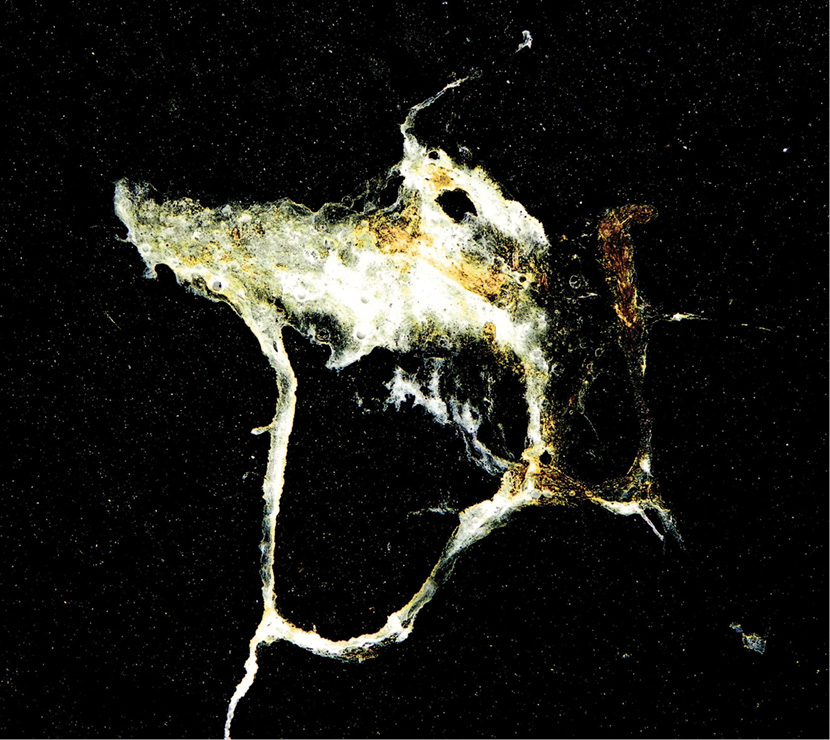 In my mid teens I read Worlds in Collision, Ages in Chaos and Earth in Upheaval by Immanuel Velikovsky, and that inspired me a great deal. About the same time, in the mid-1950s, while I already was a pretty good drafting imitator of Disney characters, I laughed at Jackson Pollock’s graffiti. It reminded me of the celestial collisions in that literature. I even imitated his style by finger- spinning paint on cardboard when abstraction was considered state of the art. Later, I discovered cosmic inspiration in seagull guano right at my feet. To me they were divine signs populating the macadam of innumerable parking lots where under each lighting pole lay in miniature replicas of the chaotic constellations. The guano, in their ethereal impacts on the macadam, up close, portray the likeliness of astronomical photographs of the heavens. This series of highly light-contrasted photographs resulted in my personal portrayal of the cosmos.