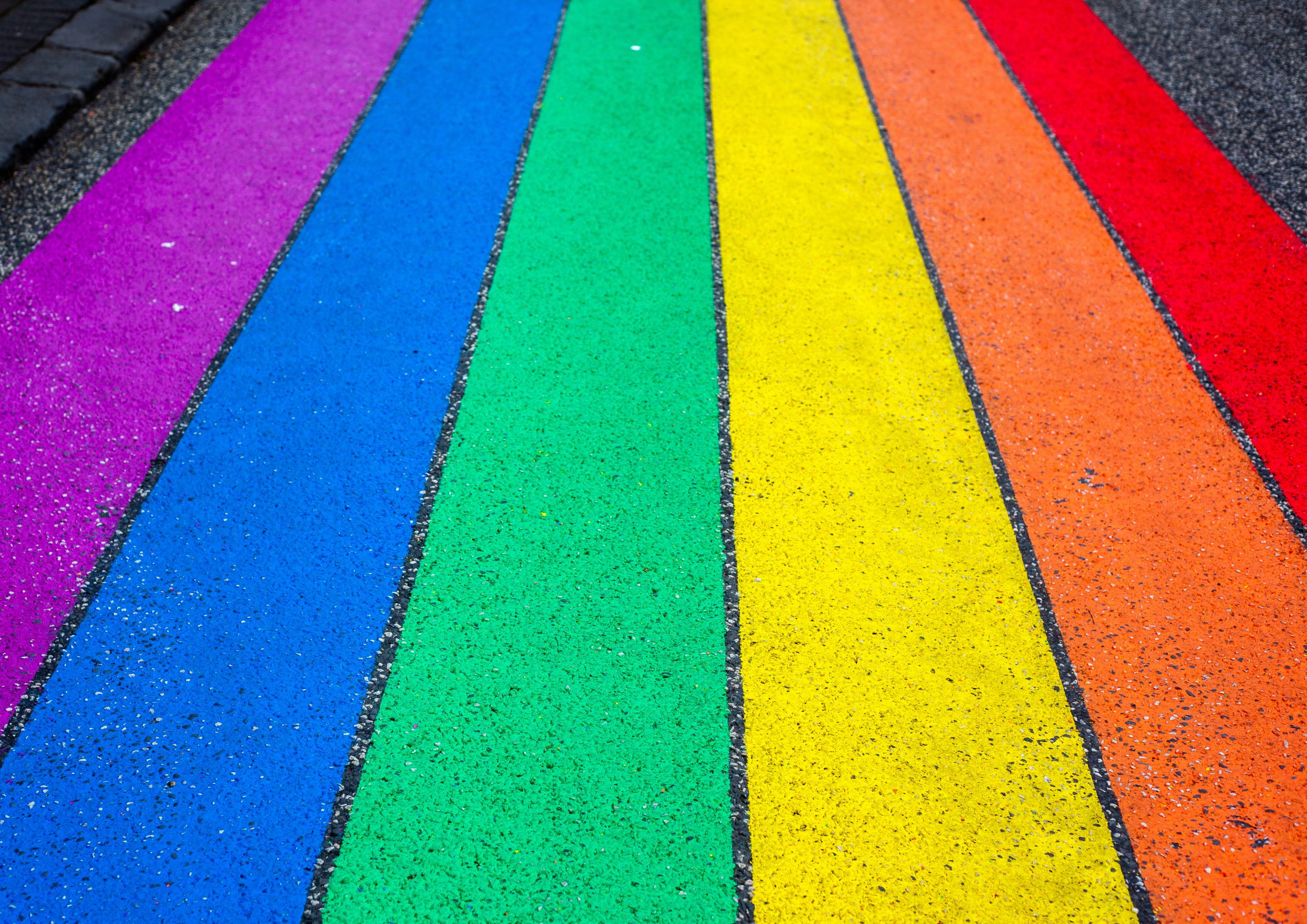 “Thespians!” he shouts at us from the front of the crowded restaurant.

Katie and I had been talking to the man ten minutes earlier at the bar. In his fifties or sixties, he wore Buddy Holly glasses and a wide Cheshire Cat smile.

He’d ordered a couple of drinks, and while he waited we made small talk: he asking if we were locals, and we asking how someone from New Zealand—obvious from his accent—had ended up in this small college town. He was here for his daughter’s graduation.

I had taken a sip of my gimlet and smiled happily, nuzzling into Katie’s curls.

There was no irony in his voice, just genuine surprise and pleasure. Then: “I have a story for you about my daughter.”

“One day she was pitching a fit and acting so dramatic.” The man mimicked her, arms akimbo. “So I said to her, ‘You’re quite the thespian.’ And you know what she says?”

We shook our heads no.

He guffawed, almost spilling his drink, and we all laughed. The joke didn’t seem mean-spirited—more just clever word play from this wild, gregarious Kiwi. We talked with him for a few more minutes, and then he went back to the front of the restaurant where his wife was waiting.

But now:
“Thespians!” the man is hollering down the bar. “Come sit with us!” He’s smiling, waving his arms above his head like an airplane marshal.

One of the bartenders looks up, concerned.

“Are you two all right?”

“Is that man harassing you?”

“I can kick him out,” another one says, wiping his hands on a towel and glaring at the man.

“He was just, um. He’s fine.” We scramble over to the man and his wife, now seated at a booth. They ask us to join them for dinner, and we thank them for the offer, but decline.

When the place has quieted down, the staff huddles around us. We’re regulars and have gotten to know the restaurant owner’s son, Antonio Jr. His boyfriend comes around sometimes, a good-looking blonde with a tan who sometimes helps seat customers. I wonder how Antonio Senior feels about his son being gay. I wonder if the Italian machismo made it worse, and then I think how so many cultures have a sense of machismo, only sometimes there isn’t such a tidy word for it.

A young bartender with a goatee brings us a round of drinks. He tells us his sister is a lesbian.

“I almost lost my shit,” he tells us. “I thought that man was yelling, ‘LESBIANS!’” We laugh for a while at this ridiculous misunderstanding. But then we’re all a little quiet because I suppose he kind of was, though.

Katie and I walk into the warm summer night. Eucalyptus trees tall as buildings sway in the wind, long dry leaves crackling in the breeze. We live in a town near the coast, one that on weekends is flooded with farm bros from the Central Valley. Having grown up in LA, I’d never seen anyone wearing a cowboy hat that wasn’t a part of a Halloween costume, but here it’s common to see them, almost always accompanied by a pair of Wranglers.

There isn’t a gay bar in town, no rainbow flags in storefront windows. No businesses owned by gay or lesbian couples, at least not that we know of. But next month, there will be a pride party in the plaza, where young parents will bring their children for the afternoon and let them run around with face paint and glitter.

Still, it’s 2016 in California and we feel comfortable enough holding hands on the street. Some people hardly give us a second glance, but other times we get slight nods of the head, as if to say, You go, girls. I’m surprised that it’s often middle-aged women who give us these shy smiles of encouragement. Once when we were in the definitely-flirting-but-still-just-friends stage of things, a couple of women in mom jeans eyed us from the table next to us. “You two are so cute!” they squealed. We blushed and told them we weren’t together, which was true, though not for long.

But of course, as two women in a relationship, we’re often sexualized by men—straight white men, to be more exact. Once while we’re at the new brewpub in town, eating dinner at the bar, an older man slinks up behind us. Salt and pepper hair slicked back, barking out his drink order. He’s visiting his daughter at college, he tells us, standing too close. His drink arrives, but he lingers, ogling our intimacy. He chuckles to himself and we know that something foul is going to come out of his mouth.

“We all have something in common,” he says. “We all love vaginas.”

And there it is, just out there like the smell of a harsh cologne. A complete stranger talking about our genitals while we’re trying to enjoy our flatbread pizza. And now he’s saying something about how he’d recently divorced and has been dating a ton and how much he loves all the different lips, the pink lips and the brown ones, and I’m not even listening; I’m just looking wide-eyed at Katie and at the people around us: Are you hearing this?

“My daughter likes to ride horses, and I built her this beautiful stable,” he’s saying. How had he switched from vaginas to his daughter’s hobbies?

That’s when a young girl who looks about sixteen, who’d been standing a few feet away with her boyfriend this whole time, approaches. She rolls her eyes so hard I can see the whites and nothing else. She says nothing to us, but tugs on her father’s sleeve until he finally raises his glass and follows.

I see a post on Twitter the other day about a twenty-five-year-old who just came out as non-binary to their ninety-year-old grandmother. Expecting her to have the same negative reaction their parents had, they’re surprised when Grandma takes it in stride, saying, “I get it. You’re somewhere in between.”

Then there are Katie’s friends from water aerobics class, most of them in their seventies. Nancy, seventy-five years old, uses the word “partner” for her husband because she wants to use a non-gendered term, plus she’s never really much felt like a “wife.” Alice, sixty-eight years old, accidentally asks about Katie’s husband, but then immediately corrects herself—“partner, I mean.” There’s Gene, seventy years old, happily married and off to Mexico for the winters with his husband and Sheryl, who lost her wife of thirty years not too long ago.

So when I catch myself or others using “It’s a generational thing” as an excuse for homophobia, I think of the white-haired water-loving, people-loving septuagenarians at Evergreen Wellness, who remind me to expect more of people, no matter their age.

One time when Katie and I are on vacation in Portland, a Lyft driver picks us up in a minivan. It’s summer, and the driver, a man in his late sixties, has the windows rolled down to let the breeze in. He has a Jerry Garcia vibe, with a mustache and tan arms, his left one three shades darker than his right. We chat for a few minutes, and upon realizing we are girlfriend and girlfriend, the man opens up and tells us his story.

“My daughter’s best friend growing up came out to his parents in high school,” he starts, leaning back into his seat. “They kicked him out.”

“Oh no,” we murmur in the back seat. Heavy, hot air billows in through the windows, but it feels good on my skin, chilled from an afternoon of hopping around air-conditioned coffee shops.

The man continues: his daughter’s friend came to live with them and eventually, the man and his wife adopted him.

“And now Michael is married and transitioning.” It takes Katie and I a moment to realize that this whole time, the man has been using Michael’s preferred pronouns. The realization makes my heart swell and feels like the opposite of everything that’s been going on in the world.

“Everybody says we’re so tolerant,” he tells us, making a wide turn. “Tolerance is fine, but in Portland, we embrace.”

Katie and I smile at each other through teary eyes. The van gently bounces over a speed bump, and I’ve never felt lighter before. 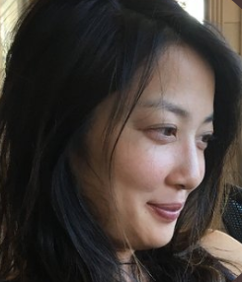 Author Bio: Kristin Ito is a writer living in Portland, Oregon. Her essay “The Quiet” was nominated by Hypertext Magazine for The Best American Essays, and her work has appeared in The Los Angeles Review, WhiskeyPaper, and other publications.

Introducing Our First Art Contest; Come Be a Part of q+1!
Back to News