We are currently seeking cover art for our Fall/Winter Issue!

Artists, we would love for you to engage us with something new and evocative for our Fall/Winter online issue. You are welcome to send up to five original images (high-resolution), in any medium, for our editors to consider for publication. We encourage you to surprise us with unique perspectives, bold design choices, and images that tell a story.

The selected cover artist will be awarded $250 for their artwork, which will be featured on the cover of our magazine and across our website and social media platforms. Other artwork may be considered for content and future issues.

Can’t wait to see what you can do! 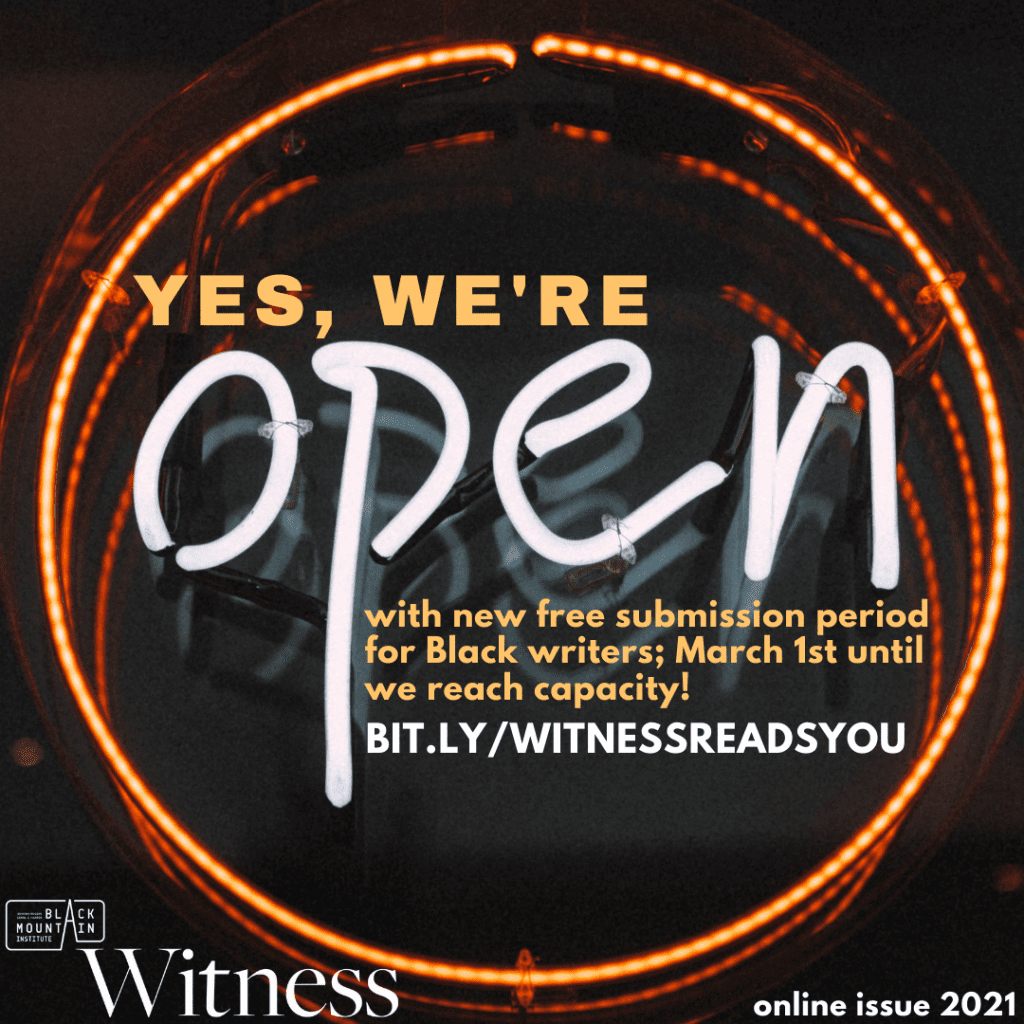 As Black History Month draws to a close, we’re excited to announce we are opening up our next free submission period specifically to Black writers. Keep the celebrations going by sending your poems, short stories & essays, free until we reach capacity!

Jane Zwart reads her poem, “Night Class,” from our Fall/Winter 2020 Issue. Our readers and editors were immediately enamored with Zwart’s work. One reader notes “I find a simple and wonderous beauty to them;” our poetry editor, Lindsay Olson, writes “I was captivated by the quiet sense of longing in this poem, and appreciate the talent it takes to bring that stillness to the page.” As a final read to our Fall/Winter 2020 series, we are pleased to present another favorite from the issue, for your reading pleasure. 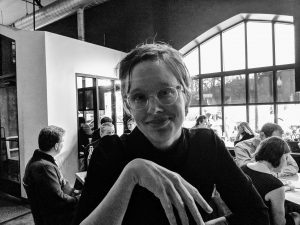 Jane Zwart teaches English at Calvin University, where she also co-directs the Calvin Center for Faith & Writing. Her poems have previously appeared or are forthcoming in Poetry, Ploughshares, Rattle, Threepenny Review, and TriQuarterly.

Eli Jacobs reads from his essay, “Long Hard Day,” from our Fall/Winter 2020 Issue. This work was originally among the finalists for the 2020 Literary Awards, and our nonfiction editor, Cody Gambino, enjoyed it so much he snatched it up for this issue. Our readers commented that this piece really took up an emotional resonance with them, and appreciated the way Jacobs handles the difficult choices and themes at work in this narrative. We hope you enjoy. 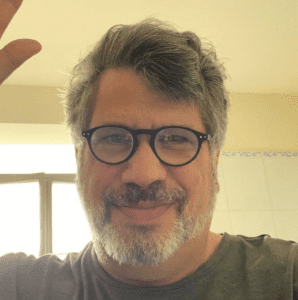 Eli Jacobs grew up in New York and moved to Israel when he was twenty-three. He writes about his family, loss, mourning and marginalization on the basis of religious or sexual identity. His work has been published in Palaver Journal, Snapdragon and Eastern Iowa Review. He holds an MA in Creative Nonfiction Writing from Bar Ilan University and an MS in Education from Johns Hopkins University.

Justin Noga reads from his short story, “An Egg Begets an Egg,” from our Fall/Winter 2020 Issue. Fiction editor, Wendy Wimmer, writes “Justin Noga bottled hot lightning in a Mason jar. The lines that clinched me were ‘He ordered biking attire, but only got the socks, thigh-high. He made do.’ Plus, hard-boiled eggs in unexpected places, what’s not to like?” We hope you enjoy.

Justin Noga is a fiction writer from Akron, Ohio. He holds an MFA in Creative Writing from Arizona State University. In 2019 he received a fellowship at the Vermont Studio Center. His work has been published in Conjunctions. He lives in Tempe, Arizona, and can be found on Instagram @jus.tin.no.ga.

Doris W. Cheng reads from her short story, “The Choice, 1988” from Witness Magazine’s Fall/Winter 2020 Issue. Fiction Editor, Wendy Wimmer, noted that this story “was such an arrow into my heart. A primer in exquisite narrative.” Our readers were quickly captivated by Cheng’s ability to wield the power of the second person point of view as a means to explore the transgressive effects of trauma, particularly in instances of racism, misogyny, and abuse. We know you will be drawn in by Cheng’s delicate crafting of this heartbreaking work. 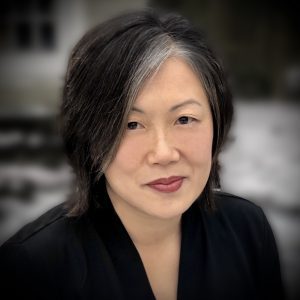 Doris W. Cheng is an immigrant Taiwanese American fiction writer who writes frequently about family, race, and identity. She received an MA in English and Comparative Literature from Columbia University and teaches fiction and poetry in NY and NJ. Her stories are forthcoming or have appeared in New Orleans Review, Berkeley Fiction Review, The Normal School, The Cincinnati Review miCRo, The Pinch, New Delta Review, and other literary magazines. She is the recipient of a 2020 Barbara Deming Memorial Fund Grant for feminist-centered fiction.

Arianne Zwartjes reads from her essay, “Cities of Broken Teeth, Cities of Dust and Blood” from Witness Magazine’s Fall/Winter 2020 Issue. Our readers were drawn into this thought-provoking and lyric work in which Zwartjes explores devastation in the wake of human cruelty and violence in times of war. It is an artful composition at a heartbreaking timbre; we hope you settle in for this compelling look at what remains. 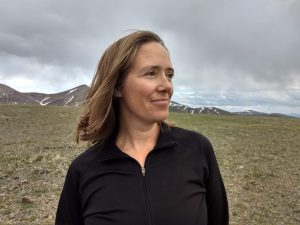 Arianne Zwartjes teaches for Sierra Nevada University’s low-residency MFA program. In her other life she has worked as a wilderness-medicine instructor, an EMT, and a carpenter. She is the author of the lyric nonfiction, medical-humanities book Detailing Trauma: A Poetic Anatomy. Her writing won the 2011 Gulf Coast Nonfiction Prize, was a Best American Essays Notable Essay, and has appeared in Tarpaulin Sky, Kenyon Review, The Southern Review, and other publications. Find her at ariannezwartjes.com.

We love our writers, readers, & subscribers!

As a special treat this season, we’re offering $5 off memberships and gift memberships when you use the code “”LITLOVE” at checkout.

That’s 2 years of everything we make, and a fancy badge to wear for special occasions! Much love to you! 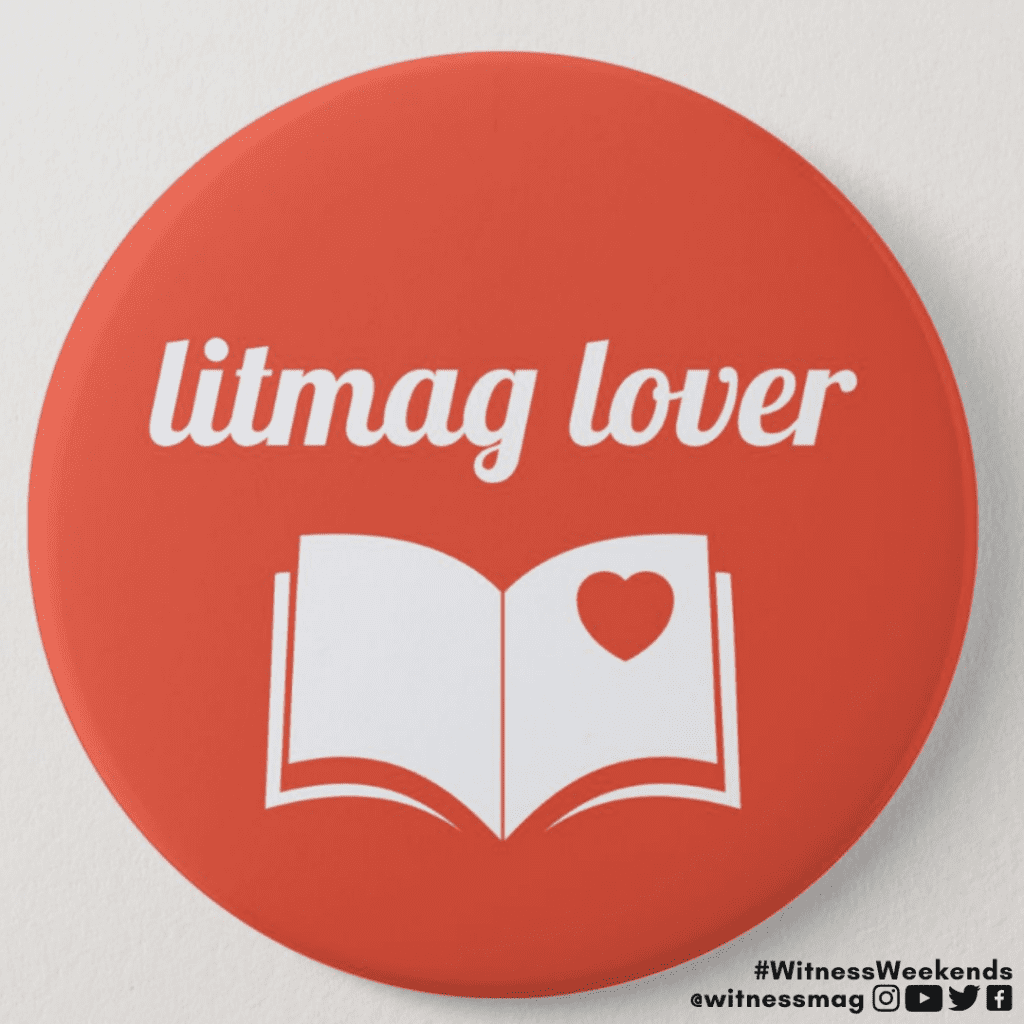 Kristina Ten reads an excerpt from her short story, “Two Hundred Ways to Disappear,” from our Fall/Winter 2020 Issue. Our readers quickly fell in love with this one, and Fiction Editor, Wendy Wimmer, notes that this story “is one that I kept thinking about for weeks… …The boyfriend, the hole, the language how it twisted and cajoled. The sentences are like wrapped gifts, presented with open hearts.” For this special Valentine’s edition, we hope you enjoy the magic of Ten’s work! 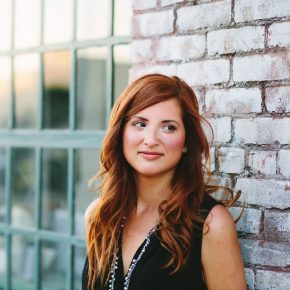 Kristina Ten is a Russian-American writer of short fiction and poetry, and a 2019 graduate of Clarion West Writers Workshop. Her work has appeared or is forthcoming in Lightspeed, Black Static, AE Science Fiction, and other publications. You can find her at kristinaten.com and on Twitter as @kristina_ten.

Molly Reid reads from her Pushcart-nominated short story, “Talk with Stranger,” which appears in our Fall/Winter 2020 Issue. This story was selected as a finalist in our second Witness Literary Fiction Awards, and we liked it so much we just had to have it for the issue. Reid’s work is beautifully rendered as she wields tension deftly throughout this piece. Our fiction editor, Wendy Wimmer, writes “It’s like sinking into a luscious down comforter of dysfunction.” So get comfortable; we know you’ll enjoy. 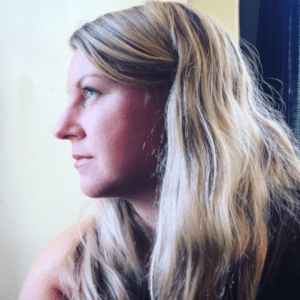 Molly Reid is the author of The Rapture Index: A Suburban Bestiary (BOA, 2019). Her stories have appeared in TriQuarterly, Crazyhorse, Gulf Coast, and other magazines. She received her PhD in literature and creative writing from the University of Cincinnati and is currently the Emerging Writer Lecturer at Gettysburg College. For more information, please go to mollyjeanreid.com

Angela Qian reads from her short story, “We Were There,” which appears in our Fall/Winter 2020 Issue. Qian’s work first caught our readers’ interest with its beautiful attention to detail. “The author has a gift for visceral descriptions, for creating an atmosphere,” one reader noted. Another reader was compelled by the thought-provoking imagery, and even more readers will be keeping their eyes out for the promise of a future short story collection. We hope you enjoy! 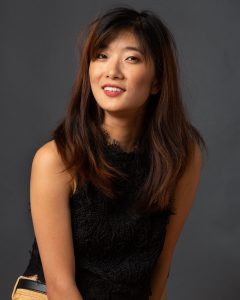 Angela Qian has published writing in Pleiades, The Common, Lit Hub, Gay, Hyphen, Wax Nine and other outlets. She is at work on a novel and short story collection. Find her on Twitter @anqchan.

Adrie Rose reads a selection of work along with her Pushcart-nominated poem, “The Anthropocene” (4:00), which appears in Witness Magazine’s Fall/Winter 2020 Issue. Rose’s poem became a prescient mantra for the work we selected in this season of pre- and full-pandemic lockdown. Where she writes “The seasons / are coming loose,” we caught a glimmer of what would become the present predicament; Rose’s work made us aware of the long-standing balance between our intrinsic connection to time, routine, and our understanding of things, and the impossible and absolute isolation we would face in days ahead–this poem an ode to the confusing role we play in this new era of human activity, dangers that we didn’t know abound. We were honored to have this work among our first acceptances. 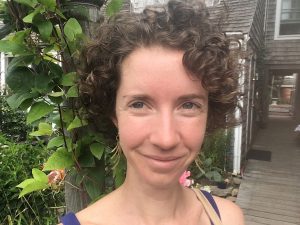 Adrie Rose writes, works with herbs, and organizes for Extinction Rebellion in occupied Nipmuck and Pocumtuc territory. Her work has previously appeared in Rebelle Society, Plum, Peregrine, Albatross, The Essential Herbal, Poetry Breakfast, and Ibbetson Street Review. Her poem “In the Liminal” was awarded second place in the Robert P. Colleen Poetry Competition. She studied creative writing at Bennington College and the SC Governor’s School for the Arts & Humanities, and is currently a student at Smith College.