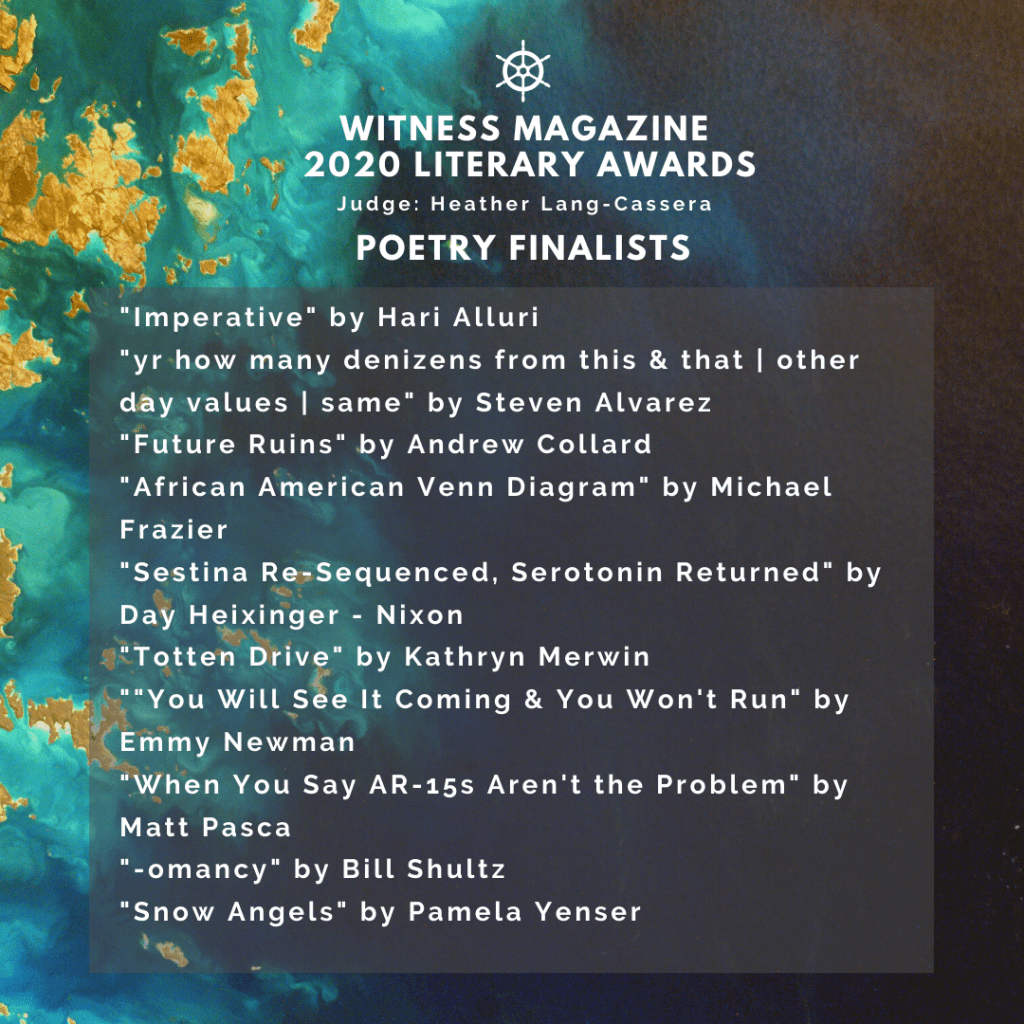 How does one cry for help from these seasonal prisons?
–On Beauty, by Zadie Smith

Merry and bright? Or dark and dismal? Depending on how you holiday, we have you in mind this season with an entirely new zine.

We’re spiking the eggnog to introduce spiced realism and bittersweet fantasy to this problematic season. We’re lighting a bright candle of truth in the frosted darkness of mass consumption and sleep-inducing turkey (if that’s your culture.) We’re drunk with metaphors, celebrating Winter Solstice with the inaugural publication of our fiction-exclusive Dark Holidays Zine.

You’re invited to join us by sending your holiday-themed short stories and flash fiction for review.
Considering that there are over 30 holidays celebrated by seven of the world’s major religions in these winter months, we are looking forward to a variety of interpretations on this theme. Your story can simply take place during this season, or center on a specific holiday event/idea, but before sending work be sure to consider the ways in which it interrogates the gloomier side of this time of year.

At least five of very best entries will appear on our new website in the month of December, with the small-run print zine appearing shortly thereafter. The submission period will be from November 22nd to November 29th (Black Friday) or until we reach a maximum number of submissions, so don’t delay!

We’re feeling the holiday spirit, so we are operating at a loss to bring you this issue; all submissions are free for this round. If you’re interested in a little more than just the standard interaction, you will notice we are also offering several options under “Payments”, one of which is to receive personal feedback from a Witness editor, and a guaranteed response by December 21st (solstice.) You do not need to select any of these options when submitting your work, but thank you for considering our hardworking volunteer editors and readers.

We look forward to reading your dark fiction!

A few things to note:

Please limit your submissions to one short story (up to 7,500 words), or three flash fiction entries (under 1,000 words each) in a single document upload.

Make sure to fill out the forms carefully and include the title(s) in the Title Box on the submission page.

Work should be double-spaced and set in a standard 12-point typeface.

Further information regarding payment and submissions can be found on our main Submittable page. 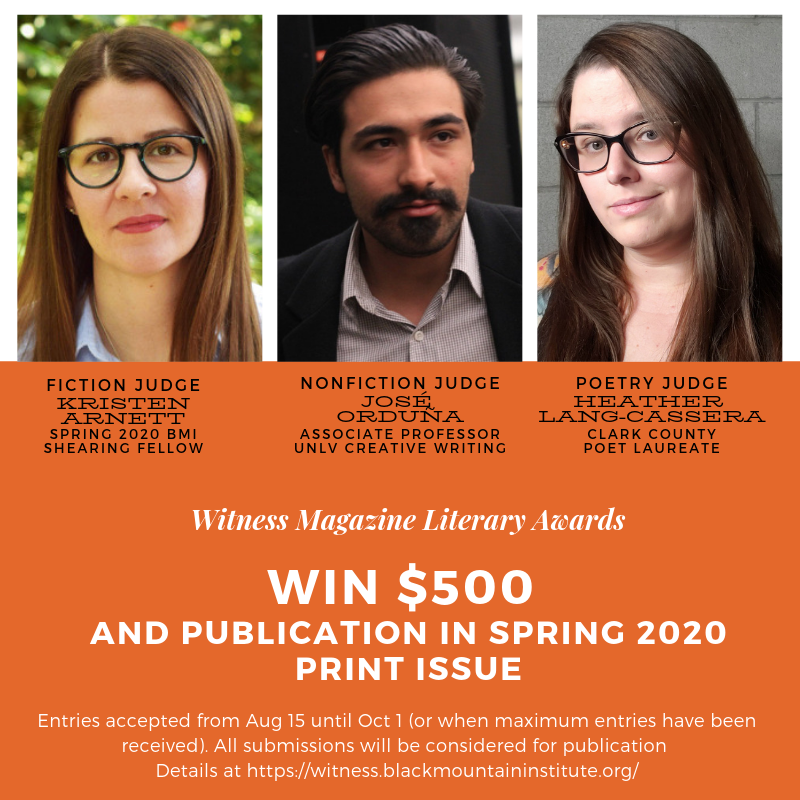 The Spring 2019 issue of Witness is here! 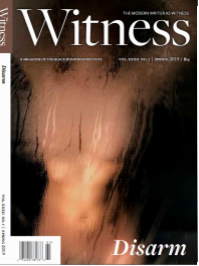 Introducing the winners of the inaugural Witness Literary Awards: 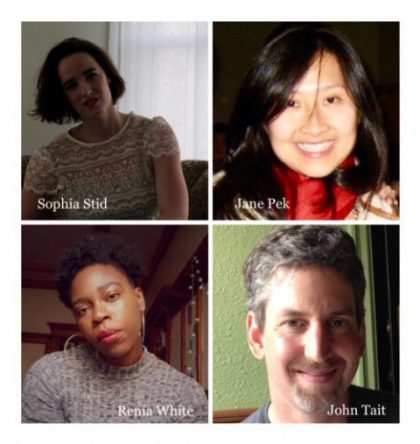 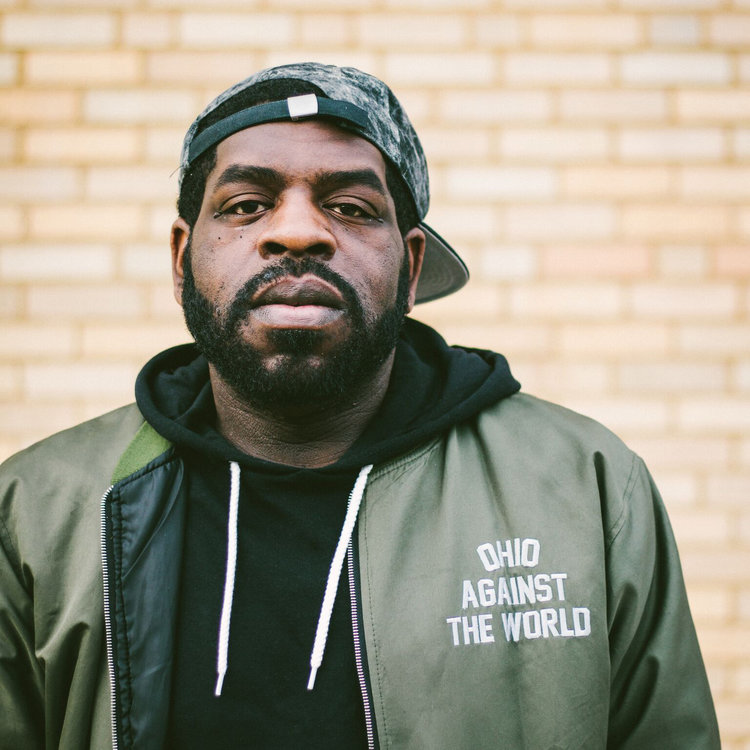 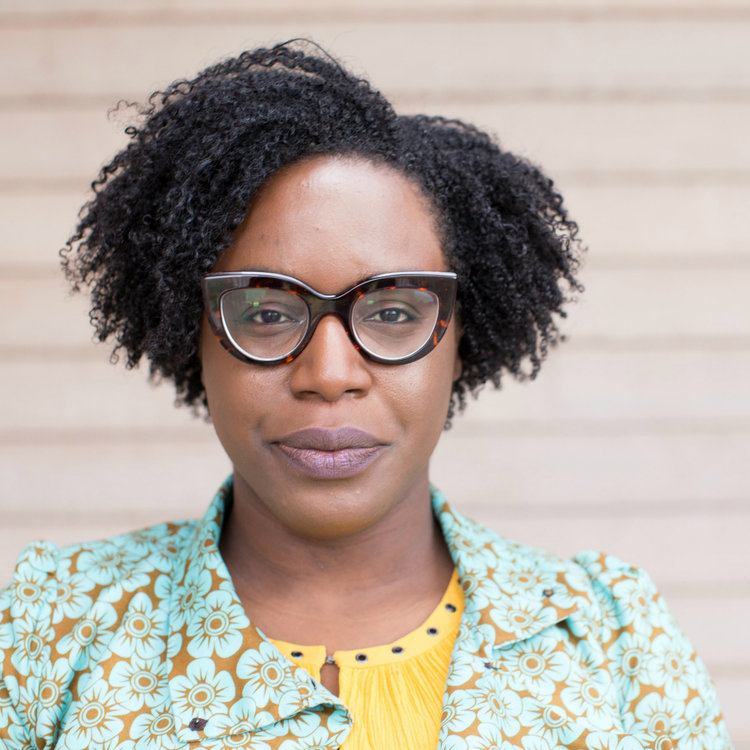